DanielX and I originally pitched Glitch in 2015 after a CreekWeek aimed at figuring out what FogCreek should make after Fogbugz, Trello, and Stack Overflow.

The original prototype was based on a client-only text editor that stored and published project files on Github Pages. DanielX developed it to build client apps which acted as small iframes that communicated with each other over postMessage to make a larger app, kinda hypercard-y. You can still try it out at http://strd6.github.io/editor/ 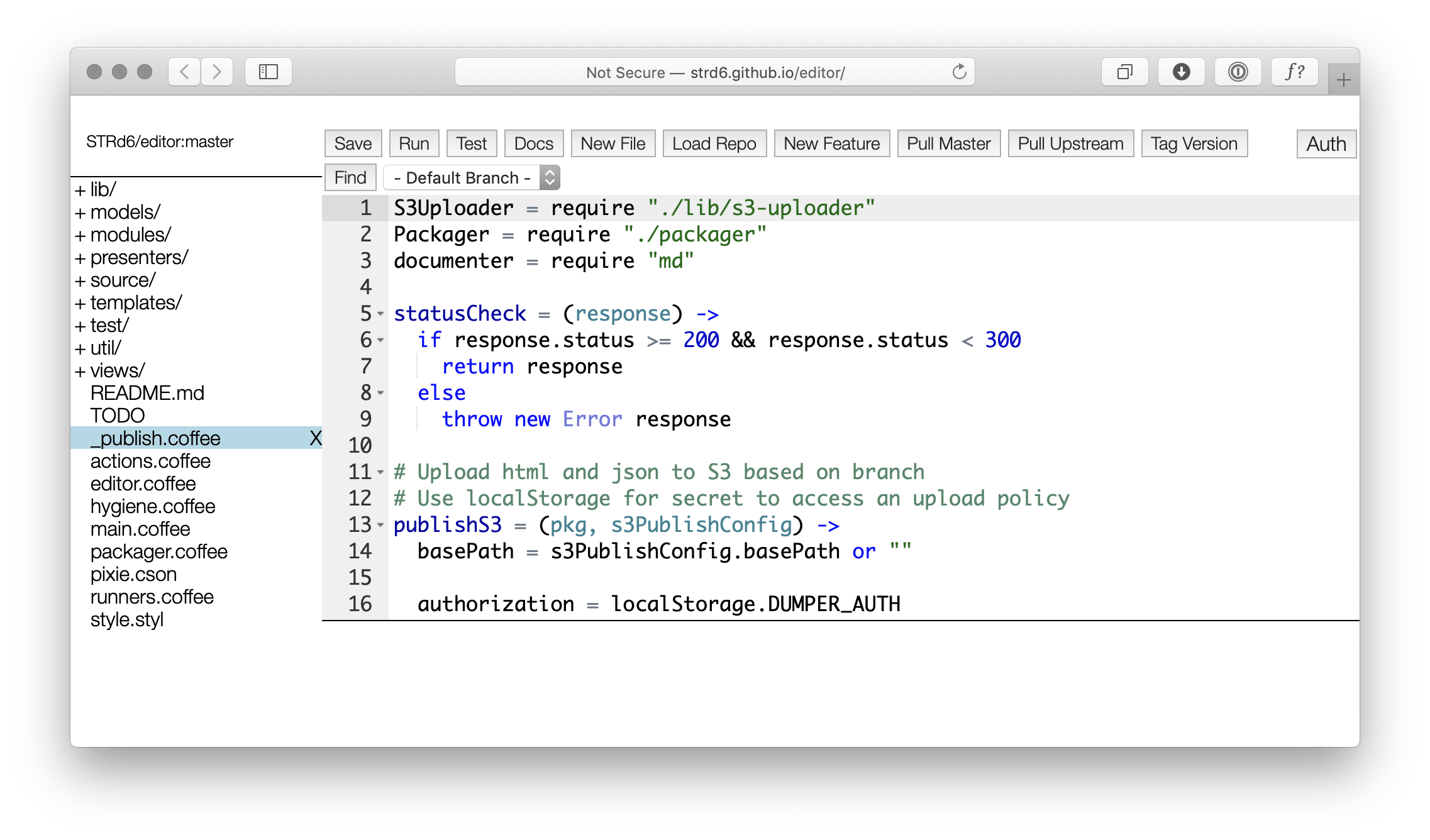 Our pitch presentation and mockups sold the company on how the editor could be expanded into a professional tool for collaborative “web development without the trash parts”.

Before we started building for real reals, Joel and MHP had us walk write up a list of Product Principles that would help define what we thought Glitch should be and what it shouldn’t. Basically:

It might be hard to imagine now, but it was a very controversial project. Internally, a couple people thought it would flop because

After that, the grind gets mad blurry. Every week I gave demos to the company, and every week they crashed almost immediately. 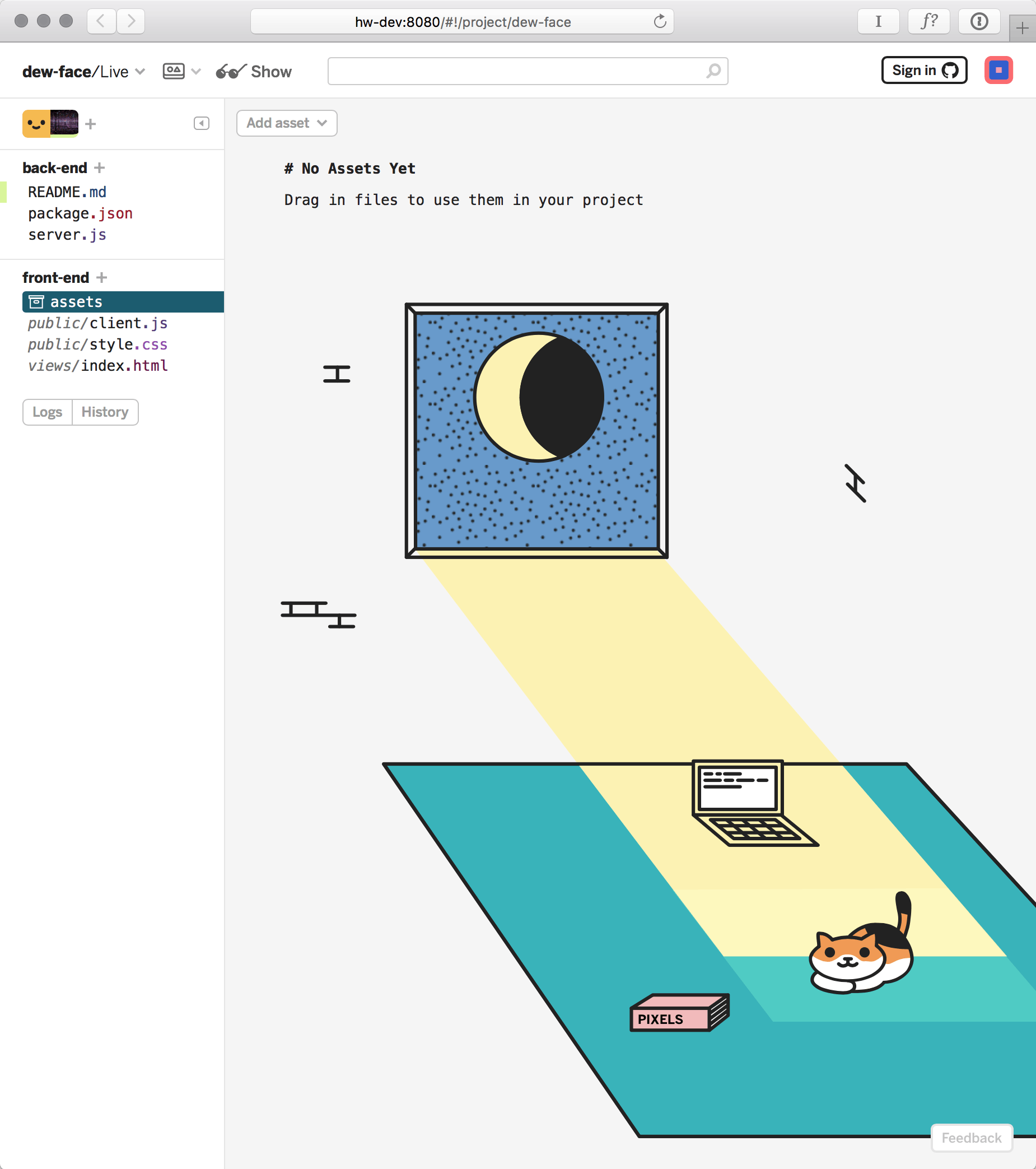 The visual design of Glitch evolved piece by piece over time, as we sorted out our principles, we also sorted out our influences and what we were trying to say aesthetically. As I added new interface elements, I’d tweak or rewrite the older parts to fit. It was a lot of trial and error, and tweaking, and feeling.

Some Experiments and Snapshots,

Back then the files were seperated by back/front-end based on some folder name logic. The idea was that the editor mirrored the traditional seperation of concerns between back-end and front-end devs. Instead of just all files, it’d present things in the context of who it mattered to or what headspace you were in. 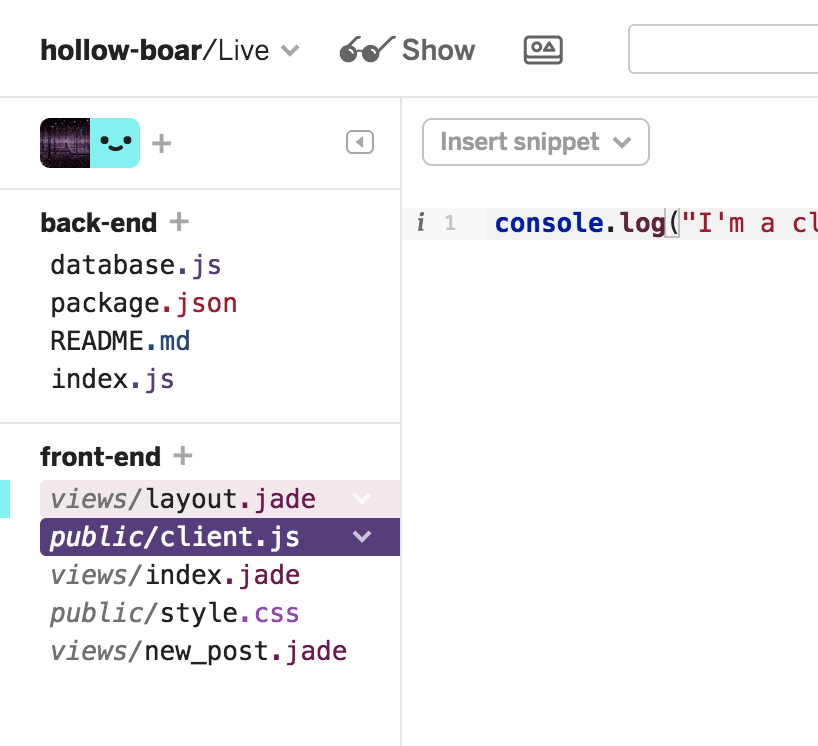 The original ‘About’ pop-over 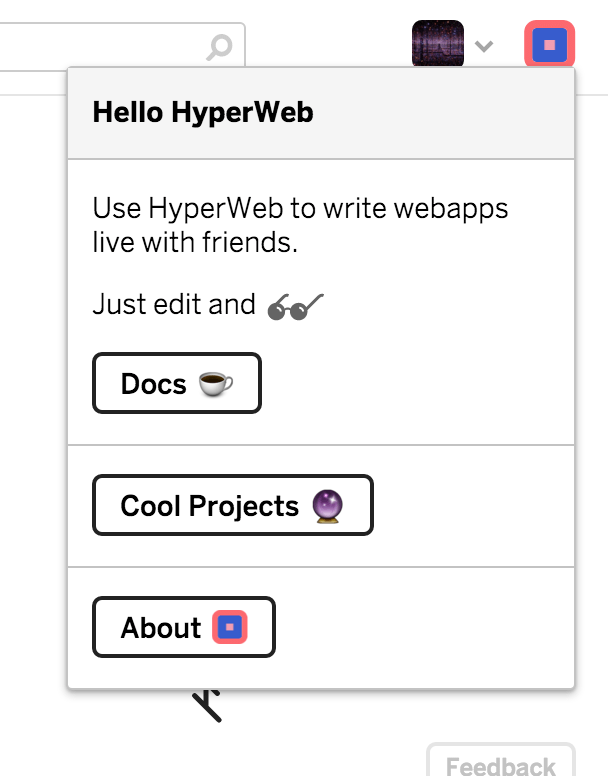 An idea I for improving the socialness of the editor, when a new user joins a project a random greeting will appear next to them for a few seconds. The user can also customize their greeting if they want. 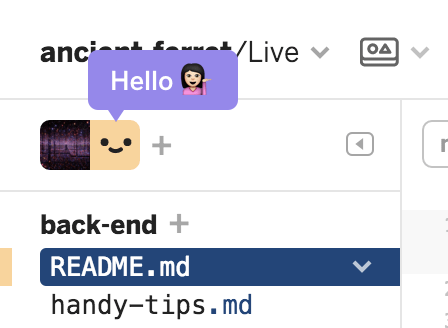 The original ‘new-project’ pop-over. We kept it simple because we didn’t want people going off in to a rabbit hole to research what framework or starting point was best. 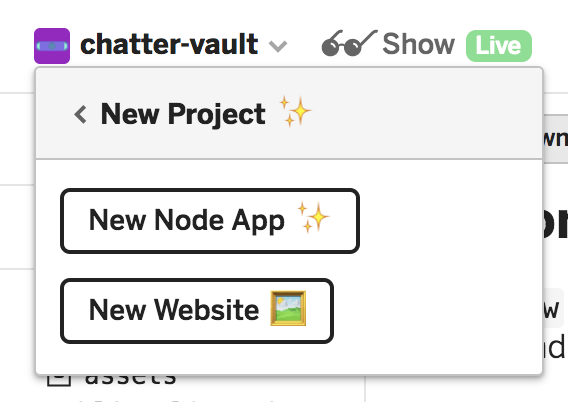 Once it started to actually work, we started getting a couple cool apps built internally and by others. To show them off I built the first version of the community site, a simple static site which you can still access at https://original-community-site.glitch.me 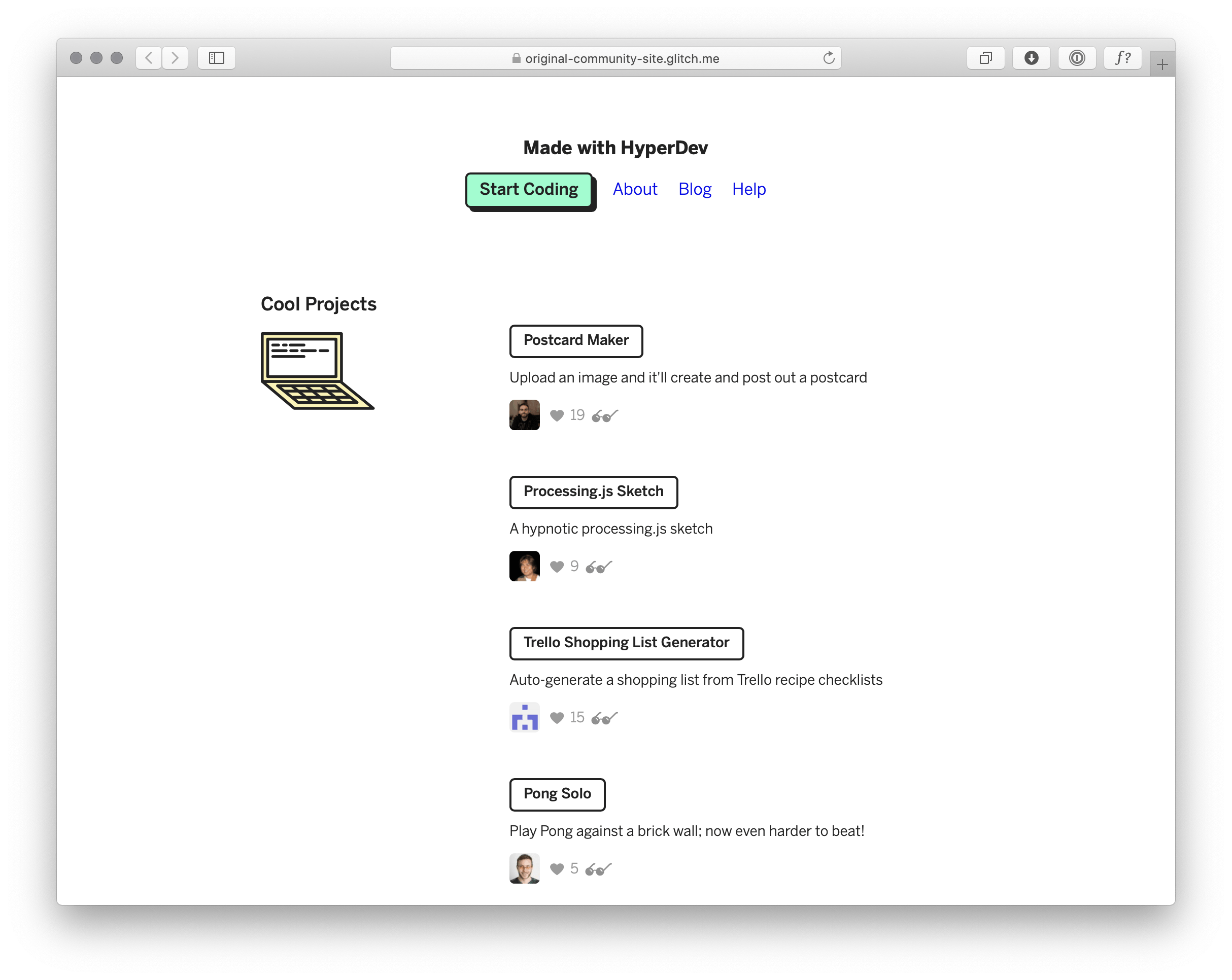 Later, I added curated categories to the second version , and the design slowly started to evolve 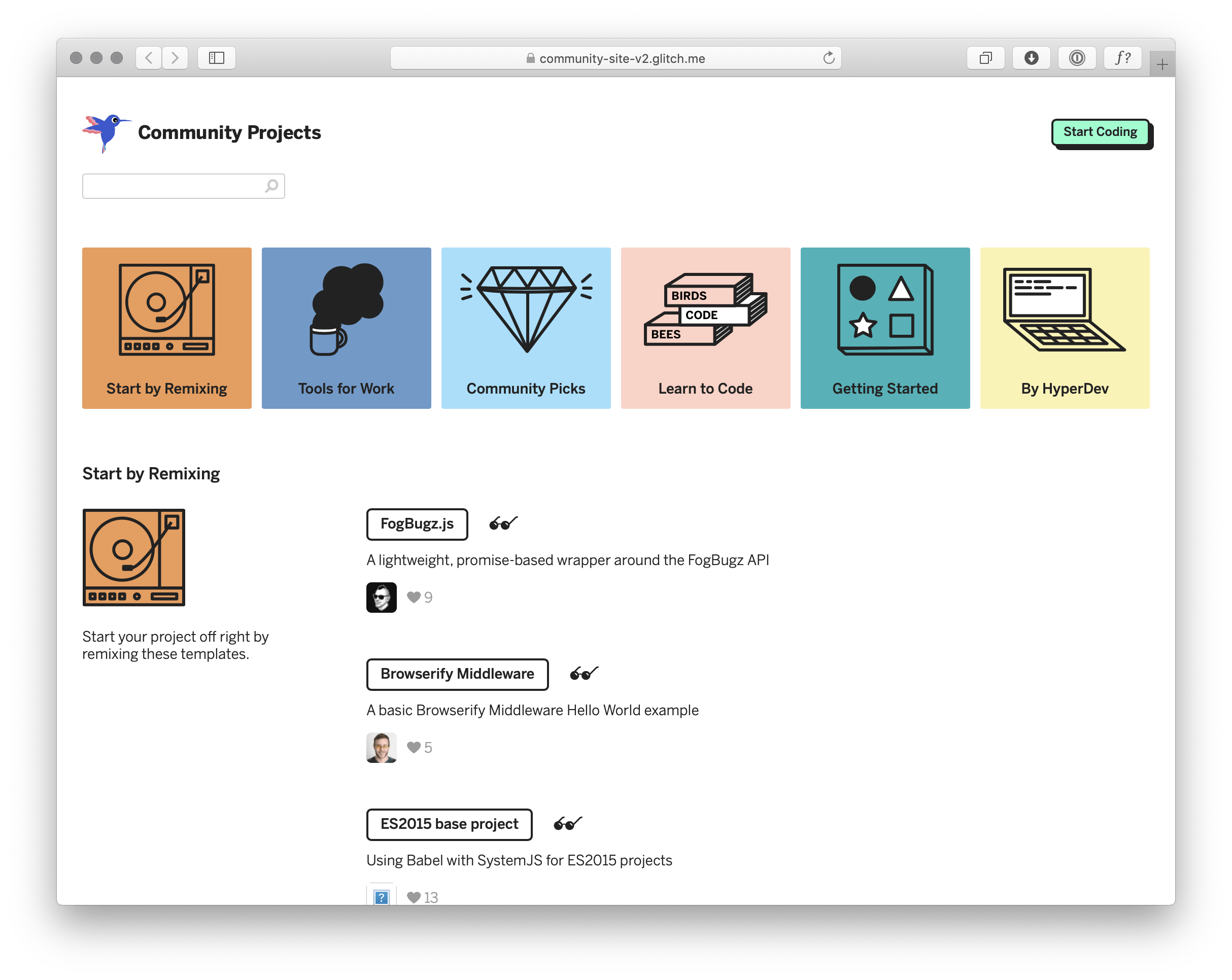 The third version I built is still the core of the current design. It added data models, user pages and other dynamic stuff. This was also the first time I worked with an outside illustrator on something, and it turned out rad. 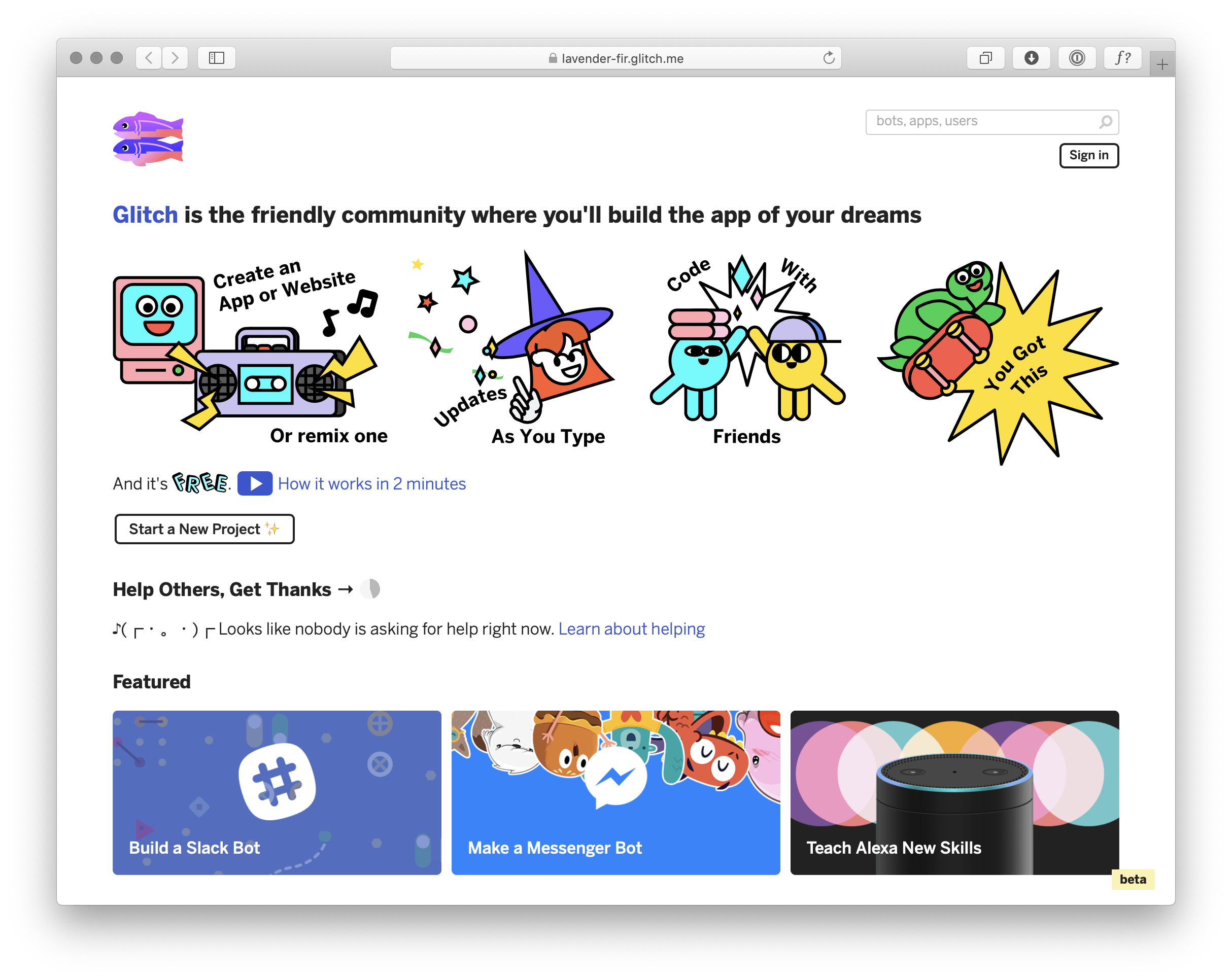 It included the copy I’m most proud of writing 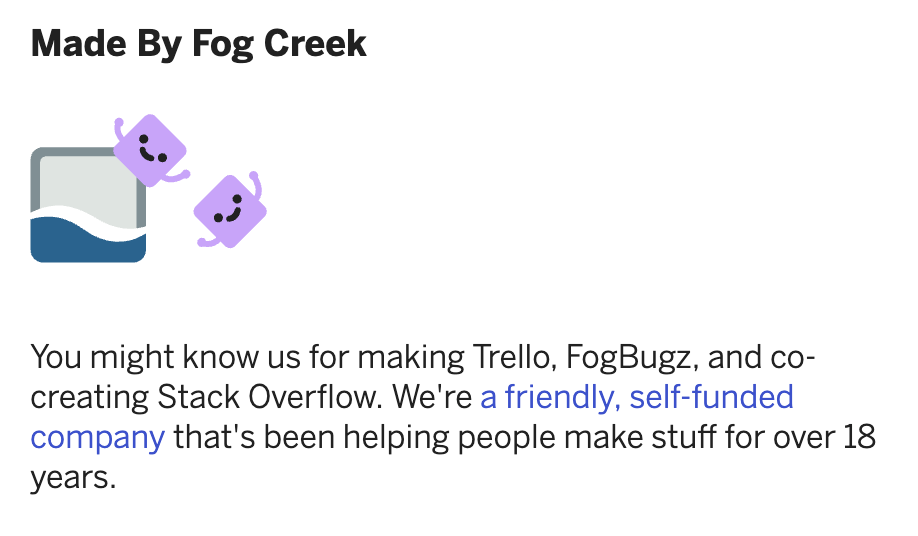 In the early days, FogCreek didn’t have a CEO. Instead it had a council of elders (really) who kept trying to ‘manage’ our small team of 2-3. It came off more like meddling by people who felt we needed ‘adult’ supervision so we mostly ignored them, checked-in-with Joel occasionally, and kept doing our own thing.

A year before he started, Anil popped by the office to see Glitch firsthand. I had no idea that he was planning to be CEO, but I was hyped to discuss it as a fan of his series on The Web We Lost. Here are my notes from that meeting. I’m still trash at stuff like messaging so hearing his thoughts on how he’d present it to the world was real inspiring. (At the time, it was assumed we’d eventually do the whole big TechCrunch conference presentation like Trello did).

That might also have been where I settled on using the word ‘Remix’ instead of more technical alternatives.

After Anil joined we went from HyperDev → Gomix → Glitch (the name we’d originally wanted). And from hummingbird to fish. With the launch of Glitch, we also put the community first – both technically, glitch.com now loaded the community site instead of the editor, and culturally as an internal priority with it’s own team.

The original /about page. we explained things more dork-ily back then 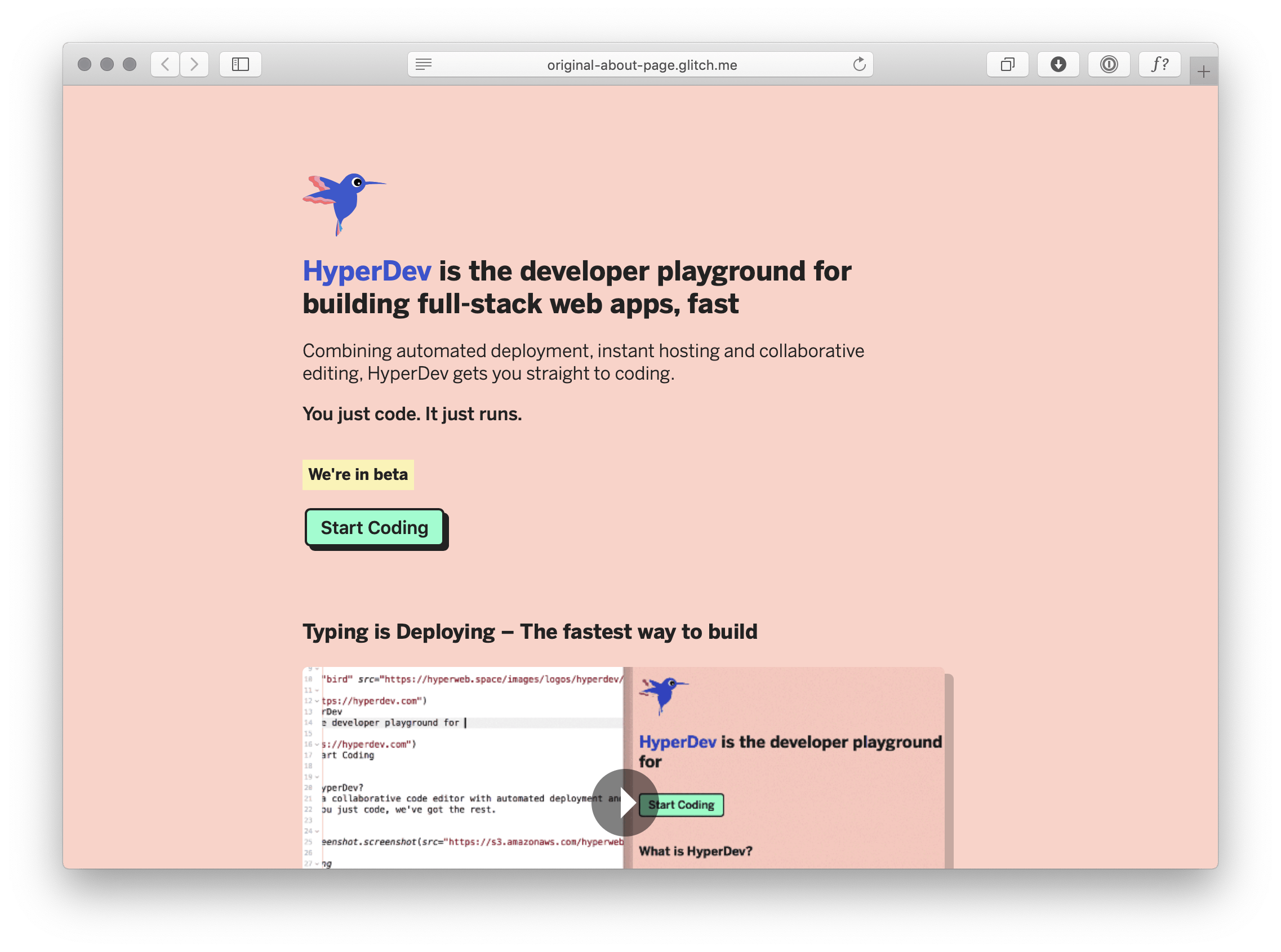 The original illustration kit I drew for marketing

There’s way more things I could talk about but this is already crazy long.