Nov ’20 How Kinopio is Made
kinopio
engineering

You’ve probably heard, or lived, a story that goes like this…

I’m tired of technology. I’m leaving to do something real like sculpt clay, work wood, herd sheep, and grow vegetables.

But making software that runs fast, efficiently, and reliably is it’s own kind of craft, tangible in its own way. But, to do any kind of craft you have to understand the materials of your medium, how they bend, and how to work together.

Making an aircraft engine requires an understanding of the tolerances and capabilities of different metals, airflow and combustion. Not that I know anything about all that – our engine is made of state, localStorage, API, and websockets. 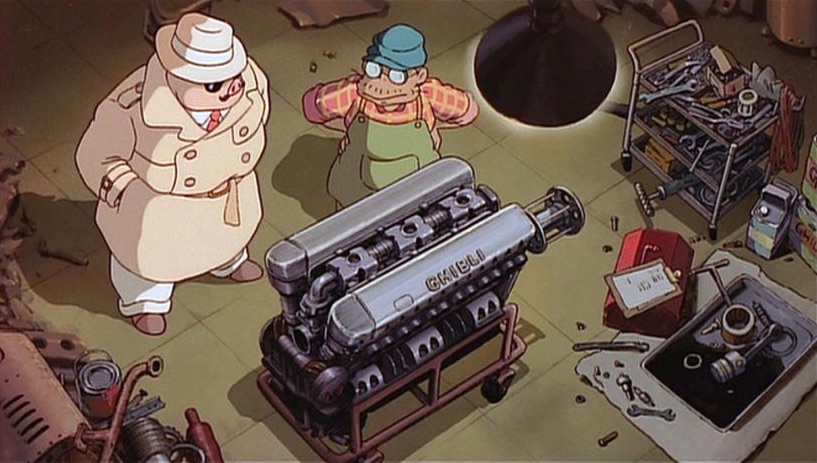 But First, the Two Kinopio Apps 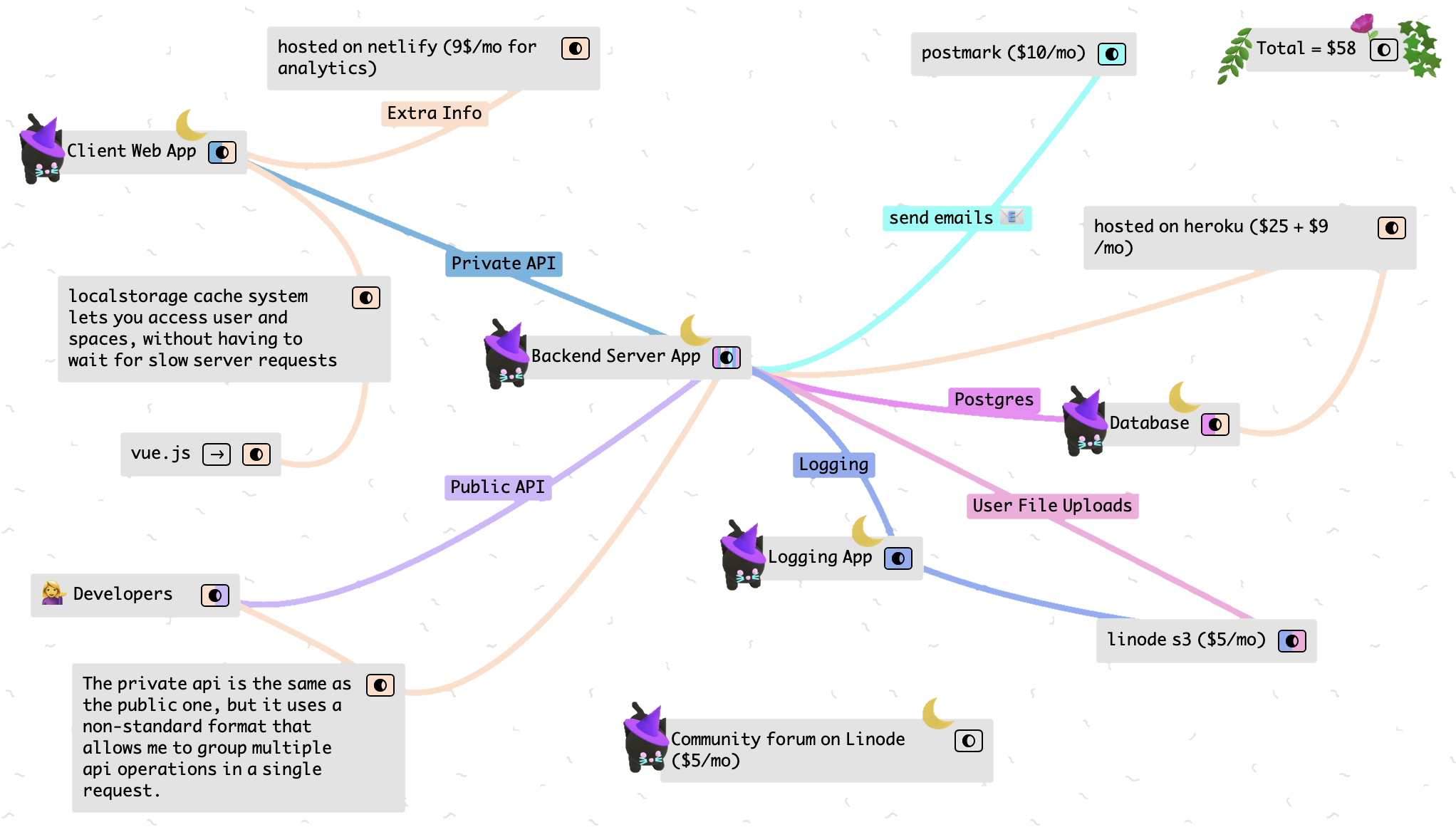 State is not persistent though, unless it’s saved somewhere it’ll be lost the next time you refresh.

LocalStorage is 2-5 MBs of key-value data that every website gets to save on your device. Unlike cookies, localStorage data can only be accessed by the URL that created it which means it’s secure and can’t be used for user tracking and other shady shit.

Here’s a secret, by stringifying JSON objects you can save any kind of data structure to it. LocalStorage is fragile though, you can accidentally wipe it out by clearing your browser cache.

The Kinopio API is used to GET and POST(save) data to the database so that you can edit your spaces on other devices. Getting data from servers is much slower than getting data from your localStorage, because of the round-trip and because every request needs to be privacy authorized. 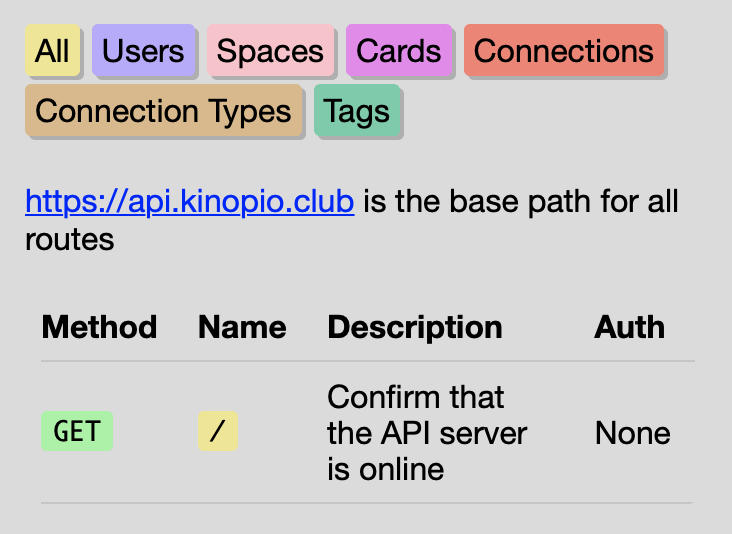 Websockets create that magical collaboration feeling by enabling a real-time stream of messages to be sent and received by a client, e.g. Pirijan moved cardId ABC123 to position {x: 100, y: 200}. These messages are relayed by the server to collaborators whose space state is updated. e.g. updating the position of the card.

Websocket connections must be actively kept alive with a ‘heartbeat’ exchange. If you go afk for a while, like to make a coffee or something, reconnecting to the stream takes a couple seconds.

Putting it All Together 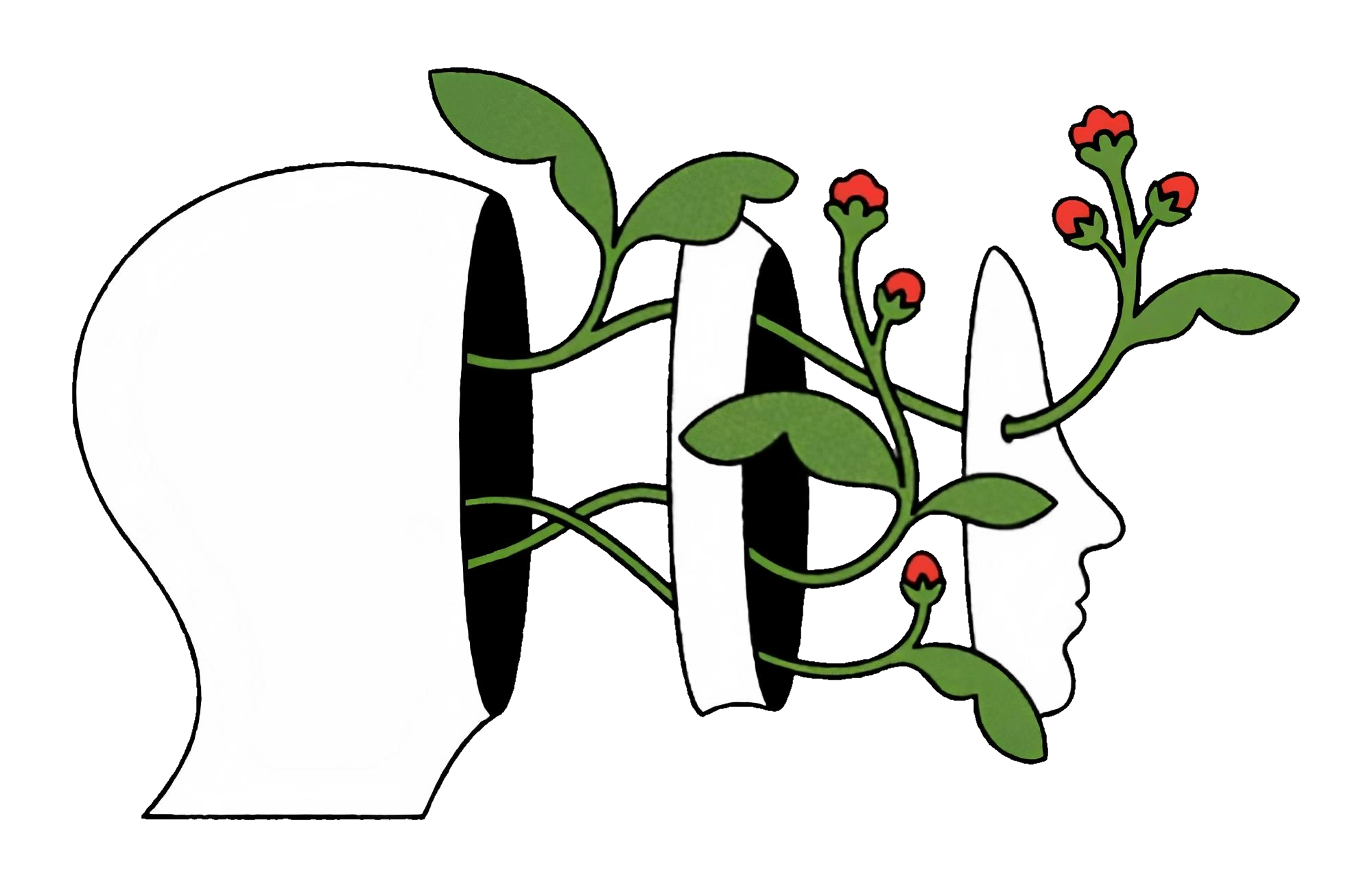 When you load Kinopio for the first time, your state is created and saved to localStorage so it can be restored. When you update your state by editing cards or connections, localStorage is also updated. Once you sign up, updates also save to the API.

Once you start using Kinopio on other devices, the localStorage on your phone might be ahead of the one on your computer.

To be fast, Kinopio first restores state from possibly outdated localStorage. Once the latest server data is downloaded, the state is re-restored.

While the space is downloading from the server, edits you make are saved and then applied on top of the server copy. 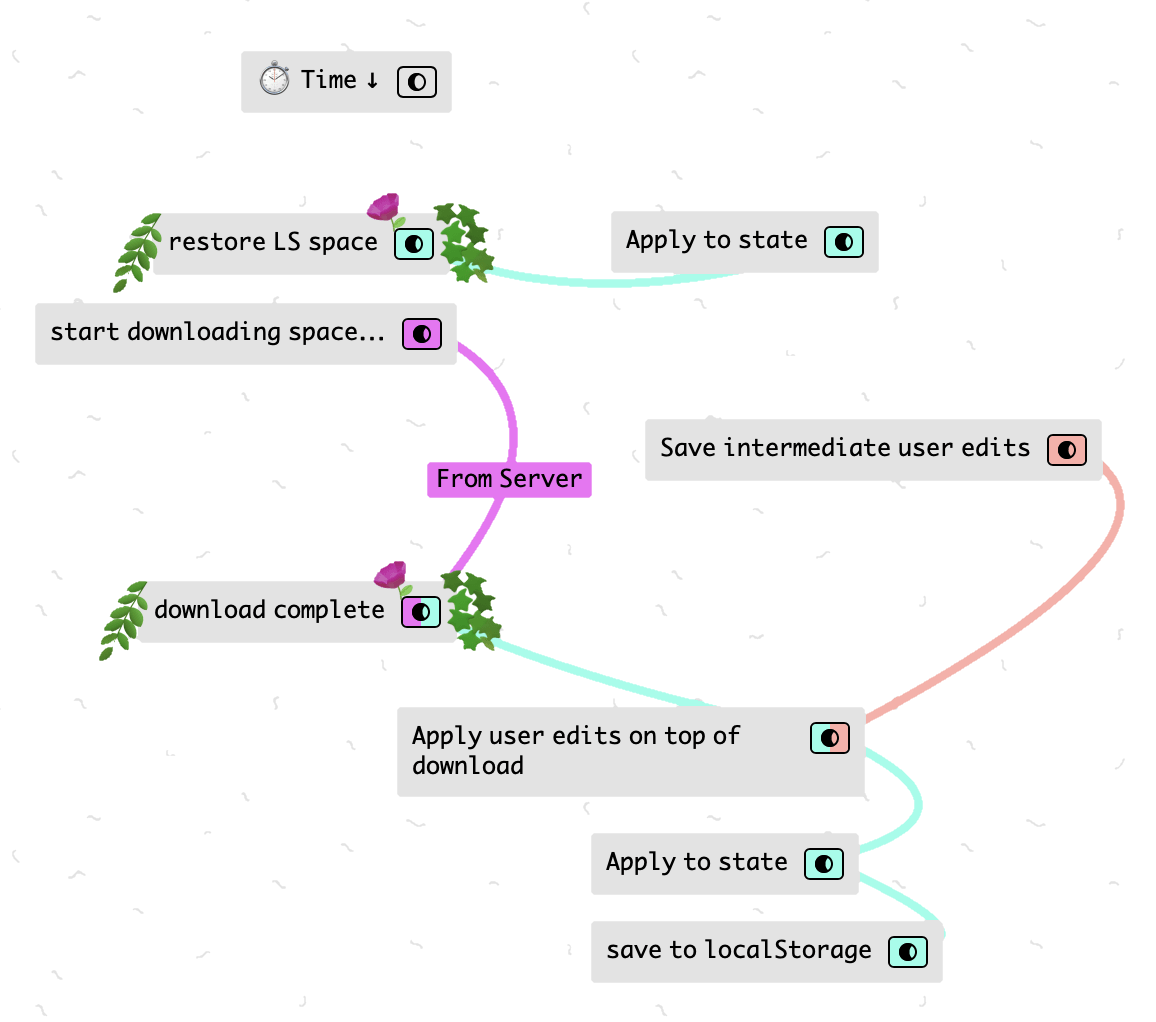 Websockets only stream relayed updates to connected collaborators and spectators. You might be wondering, why don’t you just update the database with websockets instead of relatively slow API requests?