The recipe for a playful, rebellious aesthetic is pretty simple. Start with an era of optimism 🌌, add your old emo highschool blog 💔, mix in an old synth 🎹, season with a fallible human touch 💅.

Stir until velvety smooth, then throw it in the oven. While we’re baking, let’s chat like we used to.

The Era of Computer Optimism 🌌

In the 80s, we knew computers were going to change the world (well not me, I was in diapers). This was the era of MacOS, Kid Pix, HyperCard and Microsoft Excel. Actual humans could use computers to write book reports, do business things, compose music and draw art.

In lots of ways, my hopes for the web parallel the optimistic, egalitarian spirit of those times. The web connects us like nothing else ever has – we should use it to make even better book reports, businesses, music and art.

In the Geocities era we (still not me) told everyone that they should have a website – and a lot of us did. www.geocities.com/pketh was the Final Fantasy 6 place to be. It had all of the frames, all of the GIFs, all of the MIDIs, and I made damn sure you knew that it was best viewed in Netscape Navigator.

My friend’s secret Livejournal would burn your eyes and your soul. We’re talking about paragraphs of yellow and pink comic sans on a purple, sometimes rainbow, background. She set her mood on every post to basically sensual, and wrote exclusively about the boys she liked that week.

None of us were great at making websites, because that wasn’t the point. We made things because we felt invited to.

When you don’t create things, you become defined by your tastes rather than ability. your tastes only narrow & exclude people. so create. ― _Why The Lucky Stiff

The Tool Should Be Musical 🎹

Glitch looks like a text editor but it’s really a creativity tool, standing on the shoulders of giants like Ableton, Logic, and Audition. 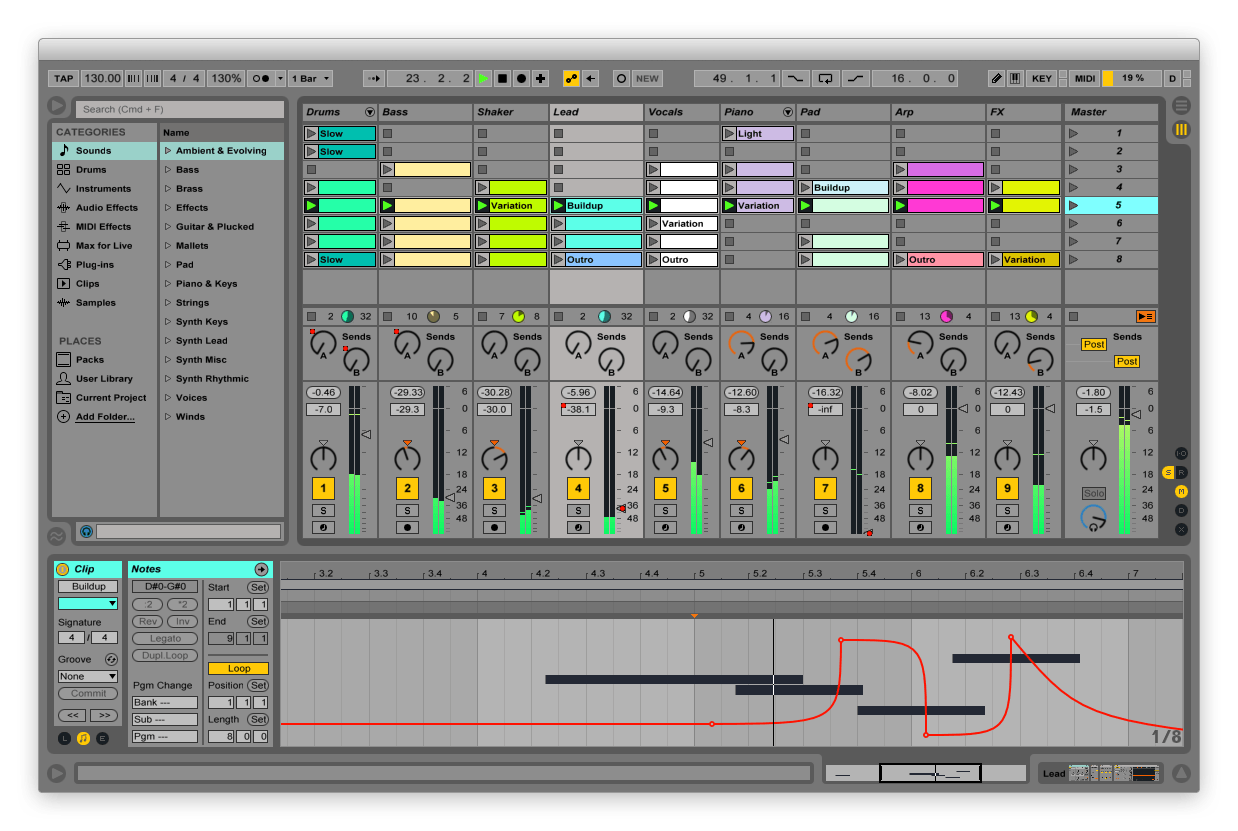 There’s a reason that list is only music software. Functionally, the music workflow revolves around a loop of record something, play it back, edit it, play it back, tweak it some more, record the next part. Making music is an iterative, non-linear, often collaborative process – yup, just like software.

Culturally, music software, and communities like Soundcloud, are where the next generation of artists replace the old guard. Music tools are pop culture cool, they’re colourful and visually striking, but also a quiet, focused place to create.

Have you ever bought a really fancy notebook? Maybe it was imported from Japan and the paper is hand pressed from 100 year old oaks. How do you live up to this? Am I supposed to write my shitty grocery list in this masterpiece?

Every color, element, illustration, and interaction is something I’ve killed myself over in Glitch. But I hope when you use it, you’ll treat it like scrap paper that blew into your yard. Put whatever you want in it, the rougher, the more daring, the more useless, the better.

Not everything has to be serious and not every app has to be a business. Sometimes software can just be for fun.

The aesthetic of Glitch is a fuck you to design shaming, the idea that things on the internet have to look ‘designed’, ‘polished’ and ‘professional’. We do our own thing because we hope that you will too.

If you liked this, you might also enjoy 11 Years of Inspiration How Kinopio is Made Designing for Thinking